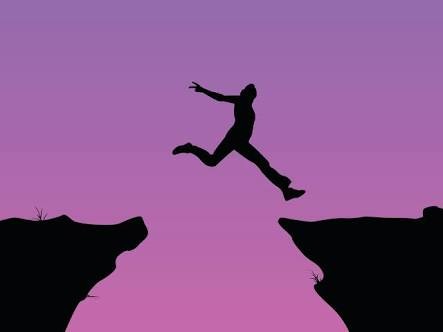 Every time I hear my pastor say “we need to have Crazy Faith to be able to walk with the Lord”, I get troubled in my spirit. I never really understood what he meant by Crazy Faith” until recently when my faith in the Lord required me to do something crazy. For several years I had severe pains at my back. I can’t lie down properly, I can’t sit down and bend my neck at the same time. I have to do one before the other. I kept running series of test but the result kept saying nothing was wrong with my back and yet the pain persisted.
Last year November, after my morning devotion, I reminded the Lord of his word in “Isaiah 53:4-5″ By his stripes I am healed. I did what the doctors said was impossible. I sat down and bent my neck at the same time. My younger sister came in saw me and screamed ” Whitney are you crazy?” I responded, yes I crazily believe the Lord”.  I needed that faith that changes things. I was tired of hearing “No, you can’t”, and I got the healing I so desired. I learnt that if you want things to change or turn around for your good, then you need to have Crazy Faith in the Lord.
Since that day to date I haven’t felt any pain whatsoever. The doctors till date still can’t fathom what happened.
FAITH
Now faith is the substance of things hoped for, the evidence of things not seen “Hebrews 11:1″. As believers it is expedient that we have faith in God. Without faith it is impossible to please God.vs 6 Our salvation came by grace through faith Ephesians 2 :8. All Jesus needs from us is to believe in all that he has done. Romans 10:9 That is the only way we can be saved
God had crazy faith in mankind, that was why he took off his Godly jacket, took up the fleshy jacket in the person of his son Jesus Christ and came to die for all men. To redeem us from condemnation. God believed and still believes in man. He saw that we were worth dying for.* John 3:16
It is through faith we understand that the worlds were formed by the word of God, so that things which are seen were not made of things which do appear *Hebrews 11:3
It takes crazy faith to believe we are like him, considering the fact that we have never seen him before. 1 John 4:17 It beats me how we believe that the way He is, that’s how we are. But that’s what faith is all about.

Abraham’s faith just can’t be measured. Without mincing words, he is an outstanding man. God visited him personally, spoke with him, lived with him. Abraham crazily believed God to the point of almost sacrificing his only son that took him all his life to have. If we look closely at who the man Abraham was, we would discover that he was an ordinary person just like you and I. He had his weaknesses, his pains, but he chose to believe God and because of that it was counted unto him for righteousness.Genesis 15:6 If we desire to walk with God like Abraham did, then we need to have Crazy Faith. 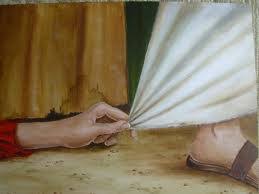 Have you ever heard the doctors say “am sorry, there’s nothing else we can do?” I have. Believe me those words can send a man to his early grave. The woman with the issue of blood had a crazy faith born out of desperation. I imagined she must have been rich, for her to be able to visit so many hospitals and had various treatments that couldn’t cure her. Luke 8: 43–48. “Just then a woman who had been subject to bleeding for twelve years came up behind Him and touched the edge of His cloak. She said to herself, ‘If I only touch His cloak, I will be healed.’ Jesus turned and saw her, ‘Take heart, daughter,’ He said, ‘your faith has healed you.’ And the woman was healed from that moment” *MAT 9:20–22“. She didn’t care if people were going to laugh at her, she stepped out and took the leap of crazy faith and got her healing. If she had not taken that bold step or crazily believed would she have gotten her healing? The answer is NO. 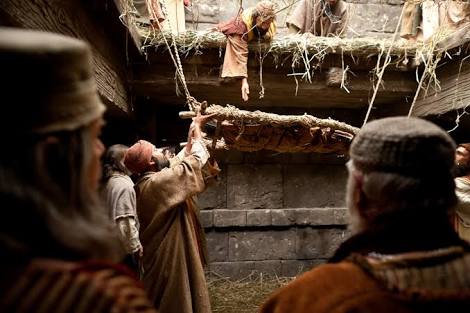 The Friends of the paralytic man is another typical example of what crazy faith can do. If there’s something I desire and pray for everyday, is to have good friends. Friends that are positive and brings out the best in me. Friends who believes in me. The paralytic man had such Friends. I can imagine how much they hated seeing their friend on that sick bed. Not being able to do anything with them, unable to hang out with them. The act of this friends brought him healing. Their efforts is what I call “collective crazy faith” , they worked together just to see their friend healed. How many of us today can stand by our friends when they are down? Without longing for what we stand to gain when we help them? How many? Mark 2:4–5

If you have witnessed an earthquake, then you would understand how Rahab the prostitute felt at this time. Joshua 2-6  She is noteworthy for her great faith and for her place in the lineage of Jesus Christ. But a closer examination of the life of this remarkable Gentile woman can lead to deeper insights into God’s plan for His church and His dealing with individual believers in grace and mercy. It is clear that Rahab was perceptive, intelligent and well informed. Rahab identified the spies for what they were, hid them, and had a plausible story ready with which to deceive the king’s agents. Rahab didn’t deny that she had entertained the men.
It is obvious, spiritually, Rahab was not in an ideal circumstance to come to faith in the one true God, the God of Israel. She was a citizen of a wicked city that was under God’s condemnation. Rahab was part of a corrupt, depraved, pagan culture. But there was something she had that everyone can reckon with, she had crazy faith in the God of the spies she knows nothing about.
When the day of destruction came, she witnessed other buildings collapse but that didn’t move her. She just believed and today it is accounted onto her for righteousness.
Having faith means doing what others sees as crazy. You don’t need anyone’s approval to have faith, you just need to believe and see things begin to work together for your good.
Lord, help me to keep having crazy faith in you…Amen