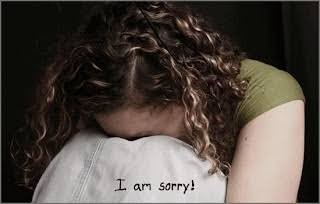 Why is it so gut-wrenching to admit we are at fault? Could it be pride? Arrogance? Fear of being rejected? There are few people I know that will never say “Am sorry” I don’t know how they do it seriously.  If there is any I have learnt, its to say am sorry. Many people find that difficult to do and I understand. Some people when they apologize it’s often abused especially when they are not guilty and others just don’t get believed in when they apologize. Most people I know, including myself are less than stellar at saying the simple words “Am Sorry”.  The truth be told, it is unlikely you hear those words easily these days, amongst friends, family, relations, co-workers, bosses, etc. Most times you hear people say, “Actions speaks louder than words” meaning they would rather show they are sorry rather than say it. Others feel why should they apologize if no one would believe them. Probably because the last time they apologized they didn’t keep or honour their words. I totally agree with these school of thoughts, but I’m sure a lot of people would prefer to hear the words and see it effected as well. It’s not just saying I’m sorry, it’s saying it and meaning it. 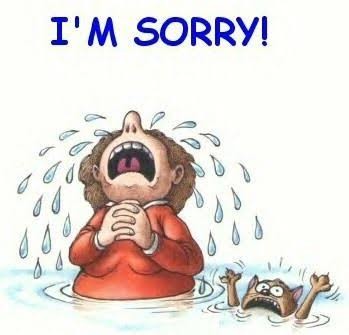 It’s always easier to blame others than ourselves. We are willing to make all the excuses in the world just to defend our own opinion even when we know we are wrong. Adam did the same thing when the Lord God asked him where he was and what happened( Genesis 3). Rather than apologize, he made excuses and started to blame God for the woman He gave to her. It’s also easy to play the blame game. For every time we argue chances are that we are trying to win approval rather than listen. Our children are not left out of this as well. They also struggle to apologize as well, they fear admitting their wrong for fear of being looked down on by their siblings. We need to imbibe the habit of saying “Am sorry” into our children regardless of who was at fault.

The gospel of Christ enables us to walk humbly. In Jesus we have nothing to hide, we don’t need to be proud or conceited. The grace of God enables us to forgive even without being apologized to, it also gives us the enablement to let go. I also struggled with letting go much less apologizing, but his grace has made the difference in my life today. I no longer worry about who offended me or who didn’t. I just apologize and move on so i can enjoy my peace of mind. Titus 2:11-15.
It takes a lot of courage and strength to own one’s actions, to make changes to prevent repeating the wrongful action — to even say those words!