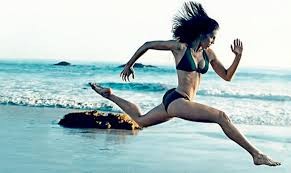 ” Ah, stubborn children,” declares the LORD,
“who carry out a plan, but not mine,
and who make an alliance, but not of my Spirit,
that they may add sin to sin;
who set out to go down to Egypt,
without asking for my direction,
to take refuge in the protection of Pharaoh
and to seek shelter in the shadow of Egypt! (Isaiah 30:1-5)
When the way you planned to run your day, or the way you planned to live your life is cut off or slowed down, the unbelief in God’s direction tempts you in two ways depending partly on your personality, partly on circumstances:
It tempts you to give up, bail out. If there’s going to be frustration and opposition and difficulty, then I’ll just forget it. I won’t keep this job, or take this challenge, rear this child, or stay in this marriage, or live this life. That’s one way the quest for speedy response pushes us. Give up.
You quickly make rash counter moves against the obstacles in your way. You  become impetuous or hasty, impulsive or reckless. If you don’t turn your car around and go home, you rush into some ill-advised detour to try to beat the system.
When we start to doubt the wisdom of God’s timing or the goodness of his guidance and directions. It springs up in our hearts, especially when the road to success gets muddy or strewn with boulders or blocked by some fallen tree.
Before we look at Isaiah 30, I want you to see this relationship between the promises of God and his ability to direct the path of every believer in Proverbs 3:5. How did David survive the turbulent storms in his life?
“He trusted the Lord with all his heart, he waited 15 years after being anointed by Samuel to be king, he refused to lean on his own understanding or strength, he acknowledged the Lord in all his ways and the good Lord in return directed his path”.

“Waiting for the Lord” is an Old Testament way of describing the opposite of impatience. Waiting for the Lord is the opposite of running ahead of the Lord and it’s the opposite of bailing out on the Lord. It’s staying at your appointed place while he says stay, or it’s going at his appointed pace while he says go. It’s not impetuous and it’s not despairing.
If you are tempted not to wait peacefully for God, to let him give you your next move—if you are tempted to give up on him or go ahead without him—please realise that this is a moment for great spiritual warfare. Take the sword of the Spirit, the Word of God (Ephesians 6:17), and wield some wonderful promise against the enemy of impatience.
“The steps of a righteous man are being ordered by the Lord….Psalm 37:23….It’s not your speed that gets you to your destination, it’s diligently following the Lord’s direction”.