Too often we underestimate the power of a touch, a smile, a kind word, a listening ear, an honest compliment, or the smallest act of caring, all of which have the potential to turn a life around- Leo Buscaglia.
I have made up my mind to listen more than i speak. I was never a good listener growing up. Whenever someone has anything to say, that would be the same time i would remember that i also have something to say. Very bad right? Well, thankfully i have out grown all that now. One of the advantages of writing to me is that it gives me the opportunity to listen more. When my attention is needed all i need to do is put my pen down, shift my laptop to a corner and focus my gaze on the person speaking. Looking into the eyes of the person speaking gives me the ability to grasp what the person is saying. 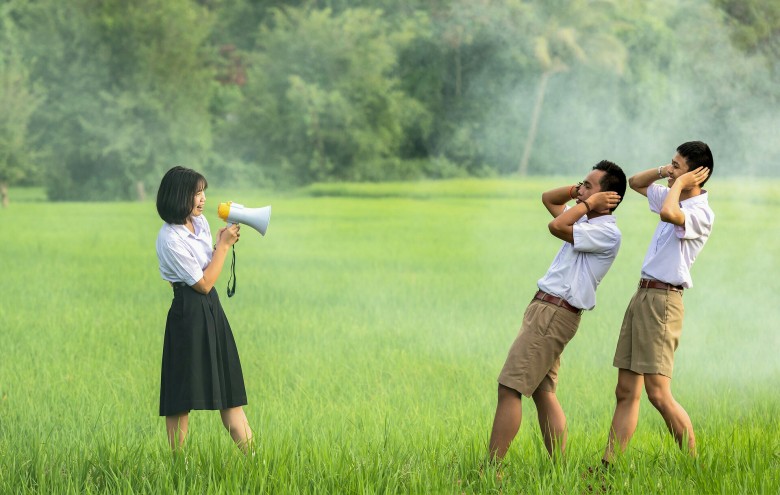 Today, listening seems to be a very big problem. Most people never listen. The look at you while you speak but don’t grasp anything you say. In Lagos you often hear people say “I hear wetin she talk, but I no listen“. This simply means he or she heard what you were saying but didn’t grasp anything. Whatever you said got in through one ear and fell out of the other.
Bryan McGill says “One of the most sincere forms of respect is actually listening to what another has to say.” I totally agree with him. Listening is a positive act that consciously have to put yourself into. It shouldn’t be a passive thing. Many of us are so busy with life that we barely listen to our children, spouses, friends, colleagues, bosses, ministers of God and so on and so forth. We must remember that children are not so good in listening but very good in imitating their elders.

In the heart of every christain is the notion that God communicates with His creation. Yes, he does. God speaks and is still speaking to everyone including believers and unbelievers. People don’t hear God because they don’t want and not because he’s not speaking. Believers still struggle to hear God’s voice. The reason why believers don’t hear God is because often times they want Him to show them things and not speak. They want immediate results, they focus more on what they will get and not who is speaking ect.
Listening adds value to the listener. You can’t achieve anything if you don’t learn to listen. People who listen are trusted more than those who talk. Listening builds trust and enhances relationships both with God and man. Today, i admonish us to listen more and talk less.