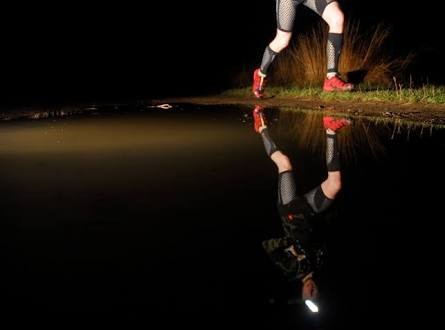 Now, who would have thought that after decades of struggle with procrastination, the dictionary, of all places, would hold the solution. “Am thinking aloud”.
Avoid procrastination. Its so elegant in its simplicity but complex in its understanding.
While we’re here, let’s make sure obese people avoid overeating, depressed people avoid apathy, and someone please tell beached whales that they should avoid being out of the ocean.
No, “avoid procrastination” is only good advice for fake procrastinators—those people that are like, “I totally go on Facebook a few times every day at work—I’m such a procrastinator!” The same people that will say to a real procrastinator something like, “Just don’t procrastinate and you’ll be fine.” The thing that neither the dictionary nor fake procrastinators understand is that for a real procrastinator, procrastination isn’t optional—it’s something they don’t know how to not do.
Just about everyone puts off completing tasks, responsibilities and objectives at some point or another. Maybe it’s part of our human nature, maybe it’s because we enjoy the drama that comes with a hovering deadline or penalty. Procrastination, the action of delaying or postponing something, is part of our daily lives. Whether it’s not writing that essay until the very last minute, paying a bill the day it’s due rather than long before, or shopping for a holiday the day of that holiday, procrastination happens – and just about everyone is guilty of it in some way or another.
Other times, people procrastinate out of dread, as well. They choose not to do something because they don’t want to do it, or because the process or perhaps the effect of doing it is not so pleasurable or something they want to do. And it’s easier to put off doing it until it’s absolutely necessary to do – like yard work, taxes, repairing a home and doing laundry.
In college, the sudden unbridled personal freedom was a disaster for me—I did nothing much cos I shyed away from most things and most people. I kept saying tomorrow for what I could do that day.  It almost got the best of me. Even this post took much longer than it should have, because I spent a bunch of hours doing things like seeing this picture, sitting on my desktop and reading my previous post, looking at it for a long time thinking if the words are coming out right. We all seem to have this problem, don’t we?
Well, the problem for the procrastinator is that he happens to live in the human world, he is expected to make rational decisions, deal with competition over the controls, expected to know how to put up an effective fight—But he just chooses not to, this makes him feel worse and worse about himself, the more he fails the more the suffering.
It’s a mess…..The dark is a place every procrastinator knows well. The fun you have in the Dark isn’t actually fun because it’s completely unearned and the air is filled with guilt, anxiety, self-hatred, and dread. Sometimes the Rational Decision-Maker puts his foot down and refuses to let you waste time doing normal leisure things, you just find yourself in a bizarre purgatory of weird activities where everyone loses….“Not funny right? My point exactly!
I’m not a professional at any of this, just a lifelong procrastinator who thinks about this topic all the time. I’m still in a total battle with my own habits, but I have made some progress in the last few years, and I’m hoping this helps you to stop procrastinating.
In conclusion, procrastination is part of life – different people for different reasons do it. Quite often, it has its perks and its drawbacks: procrastinating may be helpful for an individual’s comfort and pleasure, but in the long-term it can have negative consequences – such as financial penalties – and can prevent one’s success.
So “My advice is to never do tomorrow what you can do today. …Let’s do this!